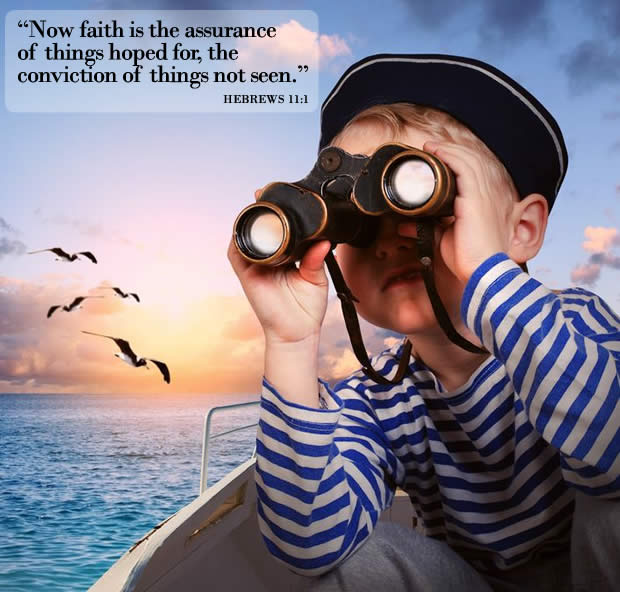 Remember His Faith In You

1 Now faith is confidence in what we hope for and assurance about what we do not see. 2 This is what the ancients were commended for.

3 By faith we understand that the universe was formed at God’s command, so that what is seen was not made out of what was visible.

13 All these people were still living by faith when they died. They did not receive the things promised; they only saw them and welcomed them from a distance, admitting that they were foreigners and strangers on earth. 14 People who say such things show that they are looking for a country of their own. 15 If they had been thinking of the country they had left, they would have had opportunity to return. 16 Instead, they were longing for a better country—a heavenly one. Therefore God is not ashamed to be called their God, for he has prepared a city for them.

39 These were all commended for their faith, yet none of them received what had been promised, 40 since God had planned something better for us so that only together with us would they be made perfect.

Prophets, Saints, Kings, Apostles share a promise with us that we firmly grip through faith. We believe so strongly that we act, doing works seeking to please our God; God’s promises are already fulfilled making our faith rewarded with certainty.

“For my part I know nothing with any certainty, but the sight of the stars makes me dream.” – Vincent van Gogh

My Tweets
Join 315 other subscribers

Or enter a custom amount